On April 1st 2021, Kingston Wheelers Cycling Club (Est. 1924) announced that we were re-branding to attract a younger, cooler membership. The new name? Kingston Wheeeelers Psycleklub. We launched a rad new jersey to go with the rad new name. Any similarity to a certain collaboration between a pro cycling team and a street-wear brand is purely coincidental.

Even though we were just joshing, people went wild for the kit. We've decided to make the design available as a one-off tee (in either black or navy blue) with all proceeds going to Kingston Hospital Charity.

Want a jersey? Join Kingston Wheelers Cycling Club and keep an eye on the club forum. In the meantime, buy the tee and support the NHS!

Campaign Ended
124 sold, this campaign has gone to print! 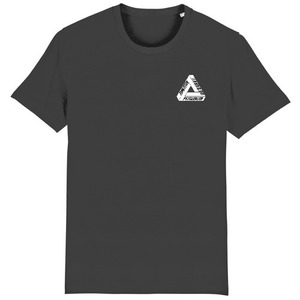 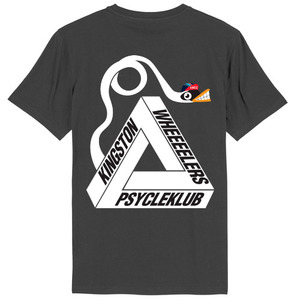